From the times of the Lumiere brothers through the times of Alam Ara until now, ‘moving images’ was always equipped with the power of ‘moving’ its audience. This time around, it’s no different. A beautiful ode to Indian Cinema, Bombay Talkies weaves in various factors thereby celebrating 100 years of Indian Cinema.

4 of Bollywood’s biggest directors – Karan Johar, Dibakar Banerjee, Zoya Akhtar & Anurag Kashyap come together to craft a masterpiece through 4  independent stories.  Although they are independent; crisp and bold narration, gripping screenplays, eye for cultural sensitivities and passion for filmmaking is integral to each of them.

Karan Johar breaks away from his interest in NRI locations and heads straight to the heart of Mumbai! His story captures the essence of  the troubled mind – troubled by love and the lack of it; troubled by a challenging career and the lack of it; troubled marriage and the lack of it, forcing one to often question the difference between living a life v/s existence. He very sensitively handles the issues of identity crisis and depicts the innermost desires of his characters with sheer brilliance. Rani Mukherjee, his Kuch Kuch Hota Hai muse, continues to be his focus of interest here and what a muse she is in the film! If there is one actress who is getting hotter by the day, it has to be her. Mature performances, bold topics and an evolved director is what I infer out of the first story.

Dibakar Banejee’s tale is very reflective of most aspiring actors who move to Bombay with a dream to make an appearance on the silver-screen.  There is a perpetual conflict that he captures. A conflict with society for picking a craft like the films, a conflict with finding a sustainable career, a conflict with one’s own self-conscious in evaluating one’s capabilities, a conflict in running a life as normal as the rest while battling through one’s innermost fears. It’s the struggle that he showcases while one tries hard to convince his family and his own-self that while the love of acting is intoxicating, nothing is more intoxicating that living the life of an actor, narrating a story and entertaining the audience however small or big that would be. The joy that the applause brings is worth the struggle. Nawazuddin Siddiqui is his brilliant self. What I loved the most here is the cameo by Sadashiv Amrapurkar and the background score.

Next comes the tale of Zoya Akhtar and her child artists. Her protagonist, Naman Jain (the kid from Udaan) proves that acting truly has no boundaries and is truly a thing of passion. I was completely in awe of his performance and to a great extent jumped off my seat in amusement.  I’m sure the director deserves credit for being able to extract such performance, but here, it’s the kid! He’s just a genius. The story is an imagery of society and its expectation. What wins here too is the power of cinema and the power of pursuing one’s dream. Have a dream, follow it and magic is bound to happen! That’s what the story is all about! 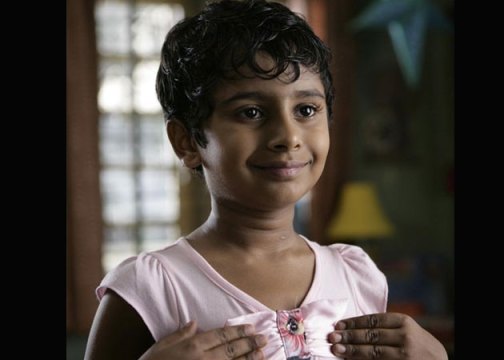 Finally, Anuarg Kashyap’s tale unfolds and at various points I could relate it to my own life. Shows how, in India, we love our superstars and how that love can push us to extremes. Personally, it mirrored my life to a great extent and hence I loved Vineet Kumar’s plight in the film. To anyone who remotely knows me know how madly I was in love with Shah Rukh Khan. Anurag manages to depict the excitement well through his character. I guess I should give credit here to the cinematographer, Rajeev Ravi too. How a fan skips a heartbeat when they actually bump into their superstars; that’s something only a fan knows. That’s exactly what AK captures and does it well!! I mean, he could not have done less, right? Expectations always ride high on him and he always delivers!

What is central to the film is also its music and background score. It’s not too in the face and foils each part, beautifully. Nothing seems to be a force fit here. Well, that’s the magic of Amit Trivedi!! Bombay Talkies has all its aesthetics in place. Well, that’s expected when the best of the industry come together. Make sure you stay back for the credits and see the tribute that the team has put together! I’m sure you’ll enjoy a journey down memory lane.  That magic that they were trying to showcase just comes to life through the song. Each one of us will connect with some part of the song as we have all loved our cinemas at some point or the other. For me, it was the Rajesh Khanna moment followed by Anil Kapoor and finally, Shah Rukh’s finale did the trick!! This is by far a good sequence that encapsulates 100 years of the industry! Well done, team!