I wonder if it’s normal, but yeah, I don’t feel like binging all the time in summers. Strange, but true. I am sure I still have a very normal system and it’s ok to be this way. But I have a list of my summer favourites and this post is just to list those out.

Before you read any further, let me give you a preview of what you can expect. It’s summer so you can expect a list of coolers, ice creams and other short eat joints to be listed out! If you haven’t tried them, then I suggest you give it a shot. You should enjoy most of them!

One of my all time favourite destinations gets dearer during summers. I enjoy the kulfis at the Bowring stall. All of them. I can belt two kulfis at one shot and not feel guilty at all. These days however, I have been trying to keep a control on what goes in! Hazards of eating endless kulfis can be very scary. 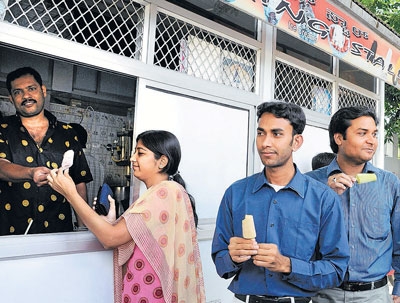 I remember going to Bowring stall during my school days. It was located at a different corner of the petrol bunk (more towards koshy’s) and was easier to find a space to park the car. I would wait for my dad to take us there and would absolutely love it!  There was a place in Jayanagar 4th Block that would retail the same kulfis. We would frequent that place whenever we were in Jayanagar.

Remember the days when Lavelle Road housed the famous Sreeraj Lassi Bar? Come sunset and it would be thronged with people ordering lassis. I used to love that place. I think it eventually gave way to Chancery later but the other Sreeraj joints became popular – Gandhinagar and Jayanagar. I don’t know if they have any other outlets now.

A glass of their lassi just cools the system down and makes you love summers! I think those guys serve one of the best lassis in town. I also like a particular kulfi that they serve in one matka. I forget the name though. Sreeraj has always been on top recall whenever I have intended on having lassi in Bangalore

Remember Pan Plaza? Remember their Ice Golas? Red, yellow, maroon, orange – bright and colourful. They were such bliss particularly in summers. I wish they were still open. At present I am left with those express golas counters outside the malls. Trust me those are no way close to what the Pan Plaza experience used to be.

If anyone knows about the disappearance story of Pan Plaza and if there is a re appearance planned please let me know. I will treat you to a Gola! May be kalakatta as that used to be the one I would pick mostly.

There was once a wave in Bangalore called the Rs. 5 Softee wave! MTR had launched these kiosks that would vend softees at just Rs. 5 and they were a huge hit. Well, I was not particularly fond of them as I loved the Sukh Sagar and Nilgiris softee more. Those were really soft! The MTR one I think had a rather granular texture, but yeah, when I would get Rs. 10 as dakshina at some lunch, I knew I was heading to the store to have 2 softees!

I confess I love the softees of Sukh Sagar (Gandhi Nagar) and Richie Rich. It used to be called Super Rich back then. I still remember the entire build up that preceded my first softee encounter. I think it’s a great story to share. Here goes:

We never really dined out when I was small. I had this uncle of mine who had a very active social life and knew most of the eating joints in the city. One day he promised to take me to a place that serves ice creams that look like the Olympic torch! He told me if I held it at my waist the ice cream would reach my mouth. That’s how large the serving would be! The fool that I was believed him and was waiting to have that ice cream. He then took me to Super Rich and made me have the vanilla softee. Aiyyo.. It was not that big! Surely when compared to the cornettos and other cone ice creams it was large enough. But then, that was the first time I had a softee and I absolutely loved it. Soon, we started frequenting Sukh Sagar in Gandhinagar because they also served softees (they still do) and yes, for a while the Koramangala outlet also had the softee vending machine! As I’m writing this, there is this evil trigger in my mind that is constantly telling me I should just walk out and have a softee for lunch!

Bangalore is known for its cane juice centres all across the city. But before the caneolas made their way to the city, there was one famous sugarcane juice vendor on Double Road (KH Road). I don’t know what his shop was called. I just knew him as the sugarcane juice guy. He used to give the most amazing sugarcane juice earlier. Then came Caneola, a venture by the Good Bread group. People who resisted indulging in this bliss for hygienic purposes could now have delicious cane juice without fear. I am a fan of the ginger cane juice. Their first branch was in Jayanagar. For various reasons they moved out of that place and are now in JP Nagar and some other places. There are many more cane juice centres but nothing beats this! 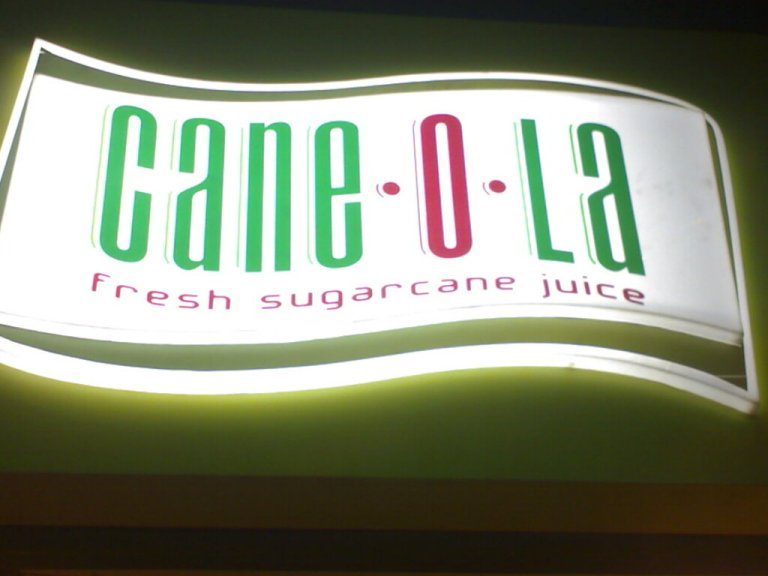 Bangalore was always known for its coffee. In the mid 90s the juice culture picked up and juice centres started sprouting all across the city. I think Ganesh juice centre guys were the pioneers. I’m  not sure. But suddenly the prices of juices dropped, tastes improved and they quickly became the best thirst quenchers. I personally liked their watermelon, mango milkshake and also their mixed fruit. I still crave for their juices as they have a taste that is unique and addictive.

I don’t think I need to say anything about Bangalore’s own ice cream parlour – Corner House. The love and craving for a Junior fudge automatically increases in summers and makes it very desirable. I love to visit the corner house outlets late at night and grab a quick ice cream! 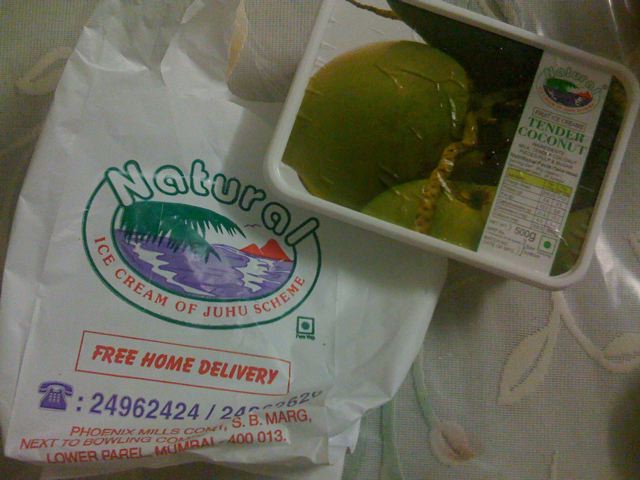 Mumbaikars love their Natural Ice Cream and so does Meenakshi Karanth. I used to get their dry ice packing done and carry their Chickoo, Seetaphal and Tender Coconut ice creams from Bombay to Bangalore earlier. Now, it’s here and it’s one of my favourite. Tender Coconut Zindabad! That’s my Summer Mantra. I love it in any and every form.

The combination of cola and ice cream is ideal for summers. I am a huge fan of the coke float. Personally, I would love to have the float during the day after a tiring walk. It does wonders to my mood, especially if I’m feeling all dehydrated and tired. I had a McDonalds near my old office and trust me I would wait to grab their Happy Meal (more for the toy) and coke float! 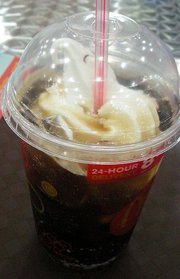 9)      Buttermilk at the Nandini Milk Counters

Masala buttermilk sold under KMF’s Nandini brand are a sure hit during this season and a hot favourite too. Very easy on the pockets and extremely tasty, I can gulp down a glass of buttermilk anytime. These days, I also switch to Amul Masala Buttermilk. But in comparison, I like Nandini better as it’s slightly more watery and spicy. A packet after every meal is just right. I think it’s a must. But yeah, not all the time can I expect to indulge in such luxury. So whenever I get it, I grab it!

I am a Mangalorean. I love coconuts. I super love tender coconut, especially in summers. Whenever I hear the cycle vendor scream, ‘Yelneer’ I would love to have one. These days I have a vendor right outside office, so you know what I’m engaging in! I have an understanding with him and pay him an advance of Rs. 50. So mostly, I don’t even have to carry money. I just step out, sip and enjoy!! If I get a paper ganji one, then it’s like the icing on the cake for me! Undoubtedly, it’s the best summer cooler available. Has anyone tried the coconut express (or something like that) at Transit in Garuda Mall. They have various permutations and combinations of tender coconut! Whenever I see this, I tell myself, how I wish this was owned by a Mangalorean. Not sure if my wish is true. Will have to verify that sometime.