Welcome back to Meenakshi Karanth’s world of food, friends and fun. A big thank you for revisiting and yes, an apology to all the write ups that only existed on my mind and were never posted. They probably are super pissed off with me, but hey, I had my own reasons, like:

Well, if that sounded like a decent attempt to justify my non indulgence in writing then hold on. The flipside to it is even better.

There was so much happening in this one month that I didn’t exactly know what should make it to my sacred and precious filtercoffeebrews page and what deserved a skip. So, narrating what I missed in this one month is slightly difficult. I have finally managed to come to a consensus on the fact that unlike news, tragedy does not really sell on filtercoffebrews. It’s the joy that I get in eating and living my life that spreads more joy everywhere and makes people read what I write. Hence, to make your read worthwhile I will only mention the highs and avoid the lows(at least try to do so). I would wake up every morning praying that I would not have to travel that day as I would have planned something special for myself. And bingo, my prayers were answered. I would wish I get to eat something nice and not feel guilty. I did secretly indulge in a lot of sin.

Trips to Chaipatty became frequent. Kulhad Chai and Corn Churmur somehow are on top recall now. My best friend and me would hang out and laugh through our miseries. Oh, we had loads to bitch about! If any of you caught me there you would think I was seriously undergoing some major crisis one minute and the next minute you would see me laugh like a nut. That’s how my sessions with my best friend are and I’m glad I can bitch away my miseries.

Also paid visits to Plan B and feasted on their French fries while Sunny enjoyed the chicken wings. A write up on Plan B is due shortly. We used to order food from Shezan and freak out on how good it used to be. We also finally ended up paying a visit to the one on Cunningham Road. I did have a few disastrous visits as well. One such visit was to Airlines. They now have a pizza joint along the drive way. Pizza Stop I think. Never try them. Never. Instead just enjoy the filter coffee and jalebis at Airlines or the safest bet – Corner House ice creams. A staff of the Jaynagar 9th block outlet is now at Airlines outlet, so Meenakshi Karanth gets preferential treatment. Her junior will be ready ever before she can ask for it!!

Next on my ‘live life to the fullest’ mode are movies and entertainment. Oh, there were loads of movies that I caught up on. Sunny and me were on a similar ‘wtf’ mode and on a Sunday we decided to do a movie marathon with our friends. Thor and Source Code was a part of that marathon.We wanted to catch Shor in the City as well that night but missed out on that. Chrish Hemsworth (Thor)!!! Awesome!! What screen presence! I would want to watch it over and over again for him. 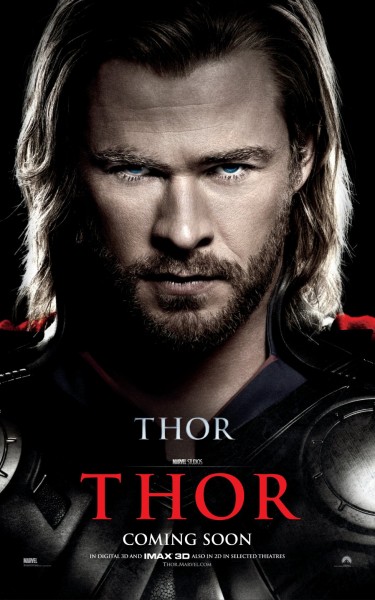 Rio, a movie that helped me smile. Super loved it.

Then there was Fast 5! Watching ‘The Rock’ on big screen makes me nostalgic. It transports me into a time period that I consider most memorable until now – good old school days. I had a classmate called Suman Prakash Das who would have his WWF sessions with Austin and Rock jargons. Even if I kept Rock aside, Fast 5 was a great stress buster. Yeah, we had some annoying people in the auditorium who went on murmuring. Precisely, there was this one ‘wannabe’ girl, trying to attract attention by playing cute. Ewww.. I hate them.. They are such a piss off. ‘Aww… I waaannt thath… Awww..cho shweet.. Aww.. Sweety, you look choo pretty..’  My BP just shoots up when I meet such fake people. I feel like tearing away their mask and giving them a jolt of realty. Most often, I just give them a cold shoulder. However, this ‘I love playing fake’ got a sound piece of my mind.

I started following a few television series and started loving them. Community, Cougar Town and Game of Thrones – I have never been so involved with any series (yes, I watched Lost and enjoyed it. But that initially was like this, ‘Sunny will kill me if I don’t pay attention’ series. Eventually, I enjoyed it so much that Sunny was out of the picture).  Cougar Town brought back happiness in my life. It helped me cheer up and say ‘screw you’ to my miseries. It taught me how to ignore some annoying people around me. And it has set a great craving for wine in me for over a few weeks now.

Then there were toys. I love collecting the Happy Meal toys at Mc Donald’s. My list just grew with Rio’s collectables. The highlight here is my Angry Bird Toy. A friend was visiting the US and I had requested him to try and get me an angry bird toy. When he called me saying he was back, the first thing I wanted to ask was if he got the toy! That’s how mean I can be when it comes to food and toys. I ran to his place to see my toy and I am super thrilled about it. Absolutely love the toy.

However the anticipation to soon owning a Kungfu Panda toy is the amazing. I ran to a Mc Donalds to ask when were they planning to launch it. They have now told me that it would be out on May 28th!!! Joy!! Pure joy!!

There has also been some impulsive yet worthy shopping. Some online and others off the shelf. I picked up a Jack Sparrow Sword (imitation) and a Gladiator one that has just added value to the interiors of the house. The Jack Sparrow has gone to Sunny and the Gladiator will be up in my house. I am still waiting for Fashion and You to deliver what I have bought for my house. It should reach soon.

However, the best part about this one month of no blogging period has been the rains. It’s been pouring every week and I have been freaking out on the rains every time. I got drenched a couple of times. But mostly, I just throw open the windows, order some strong filter coffee and aloo bajjis and stand by the balcony allowing the water to hit my face! Bliss!

This is how I spent my one month. Good friends, good food and good movies made me ignore and not really fret over the bad ones. Yes, I missed writing terribly. Confession – I was also suffering from this major writer’s block. I could not put down anything. It was horrible on that front. Overall, a happy period!