Has it ever happened, that you ventured out to eat at a restaurant only because of its name? Well, a couple of weeks ago I did just this. Fat Buddha, the name had my attention the minute I heard it. I knew I would visit the place at least to check it out. Later, I also heard that they served some excellent Chinese and Thai cuisine. What more was needed? We headed out to Fat Buddha instantly.

Located on Cunningham Road, Fat Buddha is tucked away at the rear end of a building and you might miss it if you are not on the lookout. However, I quite liked the ambience. It had a relaxing feel to it which is something that you won’t expect on Cunningham Road. The staff too were courteous.

They have a very good soup menu. I was advised to try a soup whose name I cannot recollect. I can describe the ingredients and you can find it on the menu. It’s a kind of clear soup with lemon grass and basil. This one is a MUST HAVE. You will be pleasantly surprised by how amazing it can be. Yes, when we first saw it all of us thought that I might have goofed up with my order. Oh, by the time I had it, I knew I had done the right thing! Sunny and Kiran had some Spiced Chicken Soup with Tofu which again was apparently delicious. Before this, we had also ordered our drink and I would like to make mention of the Oriental Rhapsody – a coconut milk based drink. Sunny who chooses to avoid coconut milk in his food also thought that it was a brilliant one. So, you know that you have to try it. 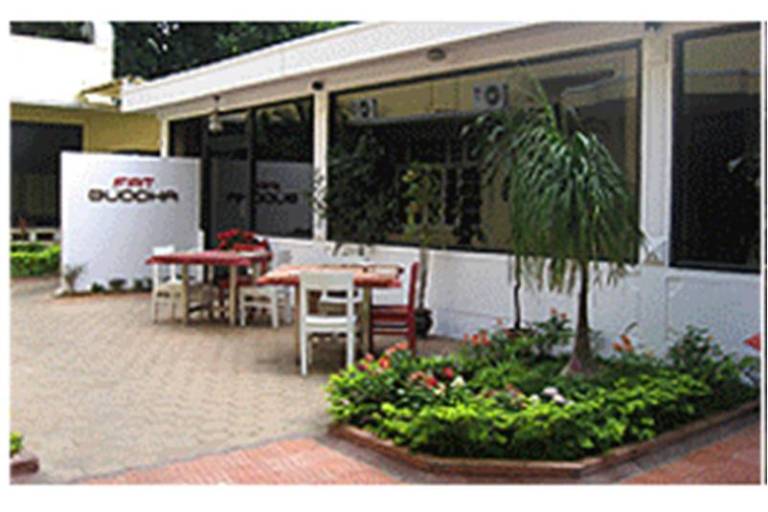 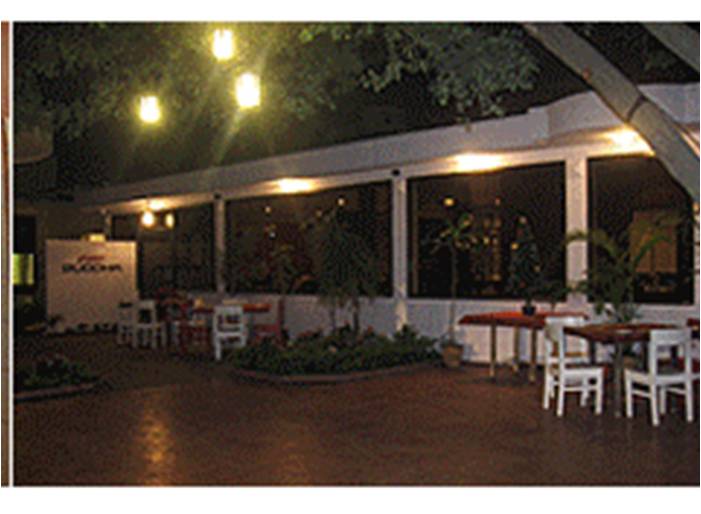 For starters we ordered prawns, chicken, chilli crispy corn and spicy potato. Except for the prawn that was average the rest of them were all a great indulgence. We knew we had over ordered but the menu was very exciting and there was no way we could limit ourselves. For main course they had the Non Veg Shaghai Rice. It’s regarded as their specialty. It’s a combination of rice and noodles topped with soya sauce. I would have tried the veg if it had Szechuan sauce. However, I just stuck to Szechuan rice. They ordered lamb in chilli bean sauce and lamb in soya sauce as well to go with the rice. This is where we went wrong. Though both the dishes were delicious the rice in itself was a complete dish and needed no gravy alongside. However, we ended packing a lot of food home. The Butter Garlic Fried Rice was highly recommended by my friend who suggested the place to me. So, you may try that as well.

Along with the bill they gave us some strawberry chews that were beyond delicious. It was probably the best way to end our heavy meal. I would also like to mention that they do not serve alcohol as yet. So, you will have to pick one among the many delicious sounding mocktails.

We were so full that we chose not to order any dessert. They had some conventional Chinese desserts on the menu. But the stomach had no room for it. I would suggest you try this place once. It’s a good break from you regular Mainland China and Aromas. It is not a very fancy place but surely satisfying. Fat Buddha is one of those secret restaurants tucked away in a corner that only a secret few can find. Go there before it starts getting popular.