A competent cast, a mundane marriage and well thought through characters pose a big question – no, not the puzzle hidden in the film but the puzzle that starts bothering one who is watching it – how can all of this culminate eventually into such a disappointing film? Director Raj Kumar Gupta scores a 5/5 for taking up a script that seemed off track right after setting up a good premise. He surely has put in his best to try and make this challenge seem easy in his latest venture – Ghanchakkar 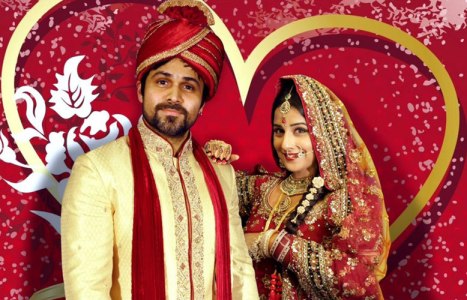 A husband who is no less than a couch potato; a nagging and greedy woman for a wife – the couple co-exist together and fail to live a single day with passion and love. Oh wait, I forgot to mention – a ‘let’s compete for fashion-disaster for a housewife idol’. Both Emraan Hashmi & Vidya Balan gel in well to live their respective characters and occasionally remind you of how monotonous life (specifically, marriage)can get!  Neetu (Vidya Balan) manages to convince her husband (Sanju) to finally decide on doing something and this lays the foundation to the rest of the film.

The innovative use of movie-star masks and a security guard obsessed with his matka kulfi bring out streaks of creativity hidden in Raj Kumar Gupta. Well, there a lot more such scenes that make you laugh out loud. But there is also this larger portion of the film that makes you wonder why did you decide to waste your time watching the film. The script leaves no stone unturned in making the climax predictable.

Performances are above average. Vidya Balan seems to have taken a brave choice of portraying a character so infamously glamorous. Her uninhibited performance reminds you of how her choice of roles has been evolving over time. Emraan’s performance is limited by the scope of the script. It does not really harness his potential or allow him to explore his talent. He however shines through his limited scope. The support cast – played by Namit Das and Rajesh Sharma impress you and leave behind fond memories.  Their timing and hold on the script seems to be the only thing that manages to grab one’s attention as the film progresses.

Ingredients t of the film fails to blend in well and challenge the intellect of the audience at various points.  This is when I wonder how one dares to take up a script that is so weak.  The weaker aspects of the film overpower the occasional hints of dark comedy.  Abundance or may I say repetition of anything is never too desired and that’s what Gupta does mostly. He chooses to pick the same scenarios and repeat the jokes so frequently that you begin to anticipate the next scene with frustration.

I fail or rather struggle to articulate my opinion about the music. Pritam’s compositions do add value but you never know where they’ve been lifted from!! The film gets a 2.5/5. I’m not sure if I would want to recommend this to anyone. But yes, if you watch it, watch it for the cast and performances. They are brilliant!