I am trying hard to make this a SRK centric review and to forget all the other nonsense that existed in the film. But somehow, I cannot write a single line without imaging what I went through while watching the film. After such an awesome re creation of the Amitabh starrer Don, I had tremendous respect for Farhan. Personally, I have loved each and every film of his (Lakhsya, probably, being my favorite). Now I wonder what happened to him! A film with such poor screenplay, script & direction is just not acceptable.

There was no way I would miss a Shah Rukh Khan film on the day of it’s release. Yes, I’m sure even Sunny wouldn’t. We went with a lot of hope and expectation. What other choice did we have.. Could a film with SRK & Farhan ever go wrong? Well, it did and it went bloody wrong. It never made sense to me from the very first minute.

Stylized action sequences, posh locations & yes, a globe trotting experience was all I could take back from the film. Apart from the fact that SRK has just proclaimed once again that he is the king of Bollywood!! Man, he looks hot, stunning and so sexy even now!!! I guess this is probably the best thing he could have given to his fans who returned disappointed after Ra.One. Trust me, if you are a SRK fan, you will eventually ignore the rest of the film. I don’t know how many times I jumped off my seat, whistled, screamed and went crazy when SRK sizzled on screen!! Yes, it’s the ultimate moment for a (dying) SRK fan. This did to me what gestures would do to bring back long lost love. Yes, I now proudly claim that I am in love with SRK again!!!! 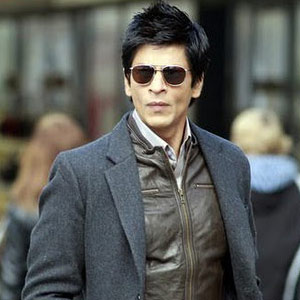 Moving on. I didn’t understand how MI4 (Ghost Protocol) and Don 2 (releasing one week apart) had contrasting stunts. There he climbed the Burj and he he did something similar. I don’t know which movie I disliked more. If Don 2 did not have SRK, I wonder what would have happened. I know my review would have just been about how it turned out to be such a let down. (A complete KLPD). I somehow think, if Farhan would have at least included some songs in Switzerland, he would have had something to give back to SRK’s fans.. Come on, you are taking the king of romance to Zurich and you don’t show him throwing his arms wide open!!! It might have just saved your film.. I mean, it was anyway a bad script.. This would have made it worse in terms of plugging in, but the audience would have had some memories!! Also, if you could bring Hrithik Roshan in, you could have surely done this!

Enough damage done, I think. Let me now leave my expert comments to myself. I still love Farhan Akhtar and I’m sure he had a good reason in making Don 2 like this.. So people, watch it if you have ever liked either him or SRK.. And keep your expectations low. You might just sit through the entire film then..