And if it is a Kabir Khan film, then Meenakshi Karanth has to watch it. Expectations are usually high. Not sure if it’s because I had worked for him in the past. Anyway, I did think Ek Tha Tiger would be a good watch. At every stage of the film I kept wondering what was wrong with Kabir Khan (KK). How could he. It seemed more like he had a promise to deliver to. Alas, I sat through the entire film and watched it progress from bad to worse. I would take a quick look at Sunny’s expressions to see if it was just me who had this strange disgust or did he feel the same too. Well, he did. I was just relieved that I was not the only one. 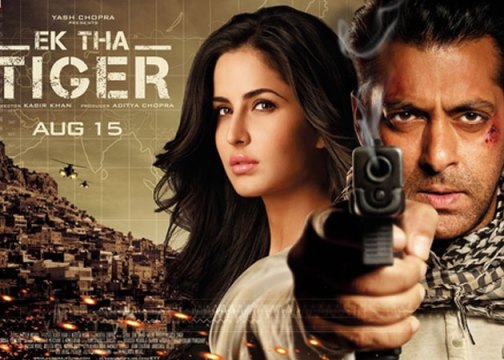 The movie began well. The first fight sequence set against slow motion did impress me (Shaitaan’s Khoya Khoya Chand kinda treatment). How I wish KK managed to keep the same tempo and interest throughout the film. Any Salman Khan film off late translates to a no-brainer. Well, this went beyond that. Neither did it have the Salman factor nor KK’s intelligence. It lacked everything. All it had was a bad mix of romance, songs, action and an extremely sluggish screenplay.

I did not whistle when Salman Khan appeared on screen. OMG. What just happened? Well, I guess this is something most people would agree. No oomph. No mazaa. No meat. The first action sequence had so many unnecessary props that it would put Rohit Shetty to shame. When some scene is set in a bazaar chaos is bound to exist. I did not understand the need for KK to add to that chaos by using ‘wannabe different’ props. However, it was not just about action. KK had to introduce the intelligence wings of 2 nations in the script that lacked even the ‘I’ of intelligence. Post the first sequence, it was just a downhill. The only time, I felt he still retained his appeal was when he gave that little smirk after the first fight (image below) 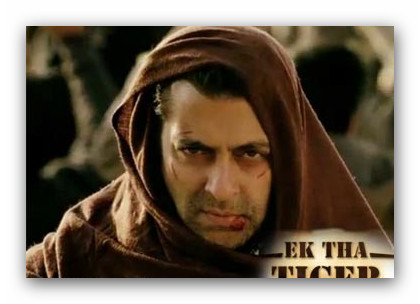 Songs interspersed at moments that would make you want to walk out of the hall, dialogues that make you wonder what happened to good writing and scenes that have been done to death just made me question what had Indian cinema boiled down to.  Practicality is sparingly predicted in most Hindi films. But with Ek Tha Tiger, KK seemed to have completely forgotten to give it a spot.

The highlight for me was probably seeing Girish Karnad on big screen. However, even that seemed to frizzle out as he also failed to impress me. Sunny and I pass Karnad’s house in the morning daily and all I do whenever we cross his house is repeat, ‘Tiger, Tiger, Tiger’. Ranvir’s probably the only breather in the film. Oh yes, I need to mention the overdone parkour fighting scenes that seem to make Katrina the Indian Mrs. Smith. However, even she with her style, fitness and stunts fails to impress. The pug sitter Katrina rated better that the ‘I’m so ready to take on the world of action’ Katrina as it just seemed a little more believable.

My take – the movie has already reached the 100 cr club. So, if you haven’t watched it yet, don’t worry, Yash Raj Films has made all its money. You need not add to its profits. If you have already taken the trouble to watch the film, then my sympathies. Just hoping KK gets back to being the awesome director that he was!